Different Types Of Barometers And Their Functions

by Dutch Antiques on July 11, 2022 in Uncategorised

Barometers are valuable scientific tools invented in the 16th century.  They are used to measure atmospheric pressure.  Air pressure is the force exerted on a surface by the weight of air, which is pulled by gravity.  Over the centuries, the antique barometers designs have significantly evolved.  There are two key barometers: mercury and aneroid barometers used in flying, diving, meteorology, mountaineering, and fishing settings.  Evangelista Torricelli, an Italian physicist, invented the first mercury barometer in history.   In the past, the mercury barometer was widely used due to manageable dimensions attributed to its density.  On the other hand, aneroid barometers, also known as non-liquid barometers, are widely used because of their portability and durability. 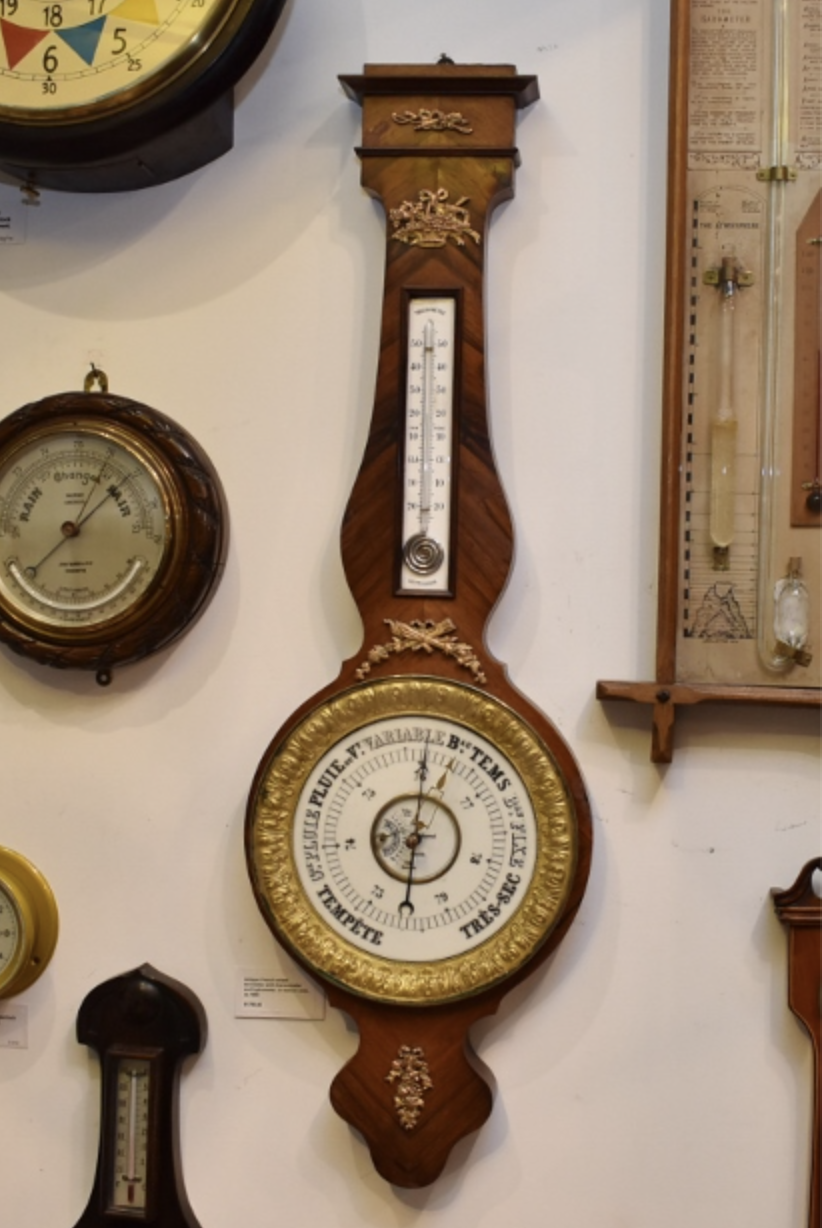 What are the functions of the mercury barometer?

The traditional mercury barometer features a vertical glass tube.  The barometer tube is closed at the top.  At the bottom, there is a mercury-filled basin where the tube sits.  The height of mercury represents the pressure in the atmosphere.  In other words, mercury in the tube is adjusted until the center of gravity of the mercury column equals the atmospheric force acting on the reservoir to determine the atmospheric pressure.  Originally Torricelli designed a barometer as a scientific device for measuring air pressure.  However, there are other uses of mercury barometer such as:

In the 18th century Lucien Vidie, a French scientist, invented the first aneroid barometer.  In contrast to the very first type of barometer, the term “aneroid” means “without fluid.” The barometer can be used as an altimeter to predict altitude based on air pressure.  Some of these barometers are small and light enough to be kept in the home or even carried around.  For one thing, a pen can replace the needle, and one can use a roll of paper to keep track of pressure changes over time with the help of the aneroid barometer’s adaptability. 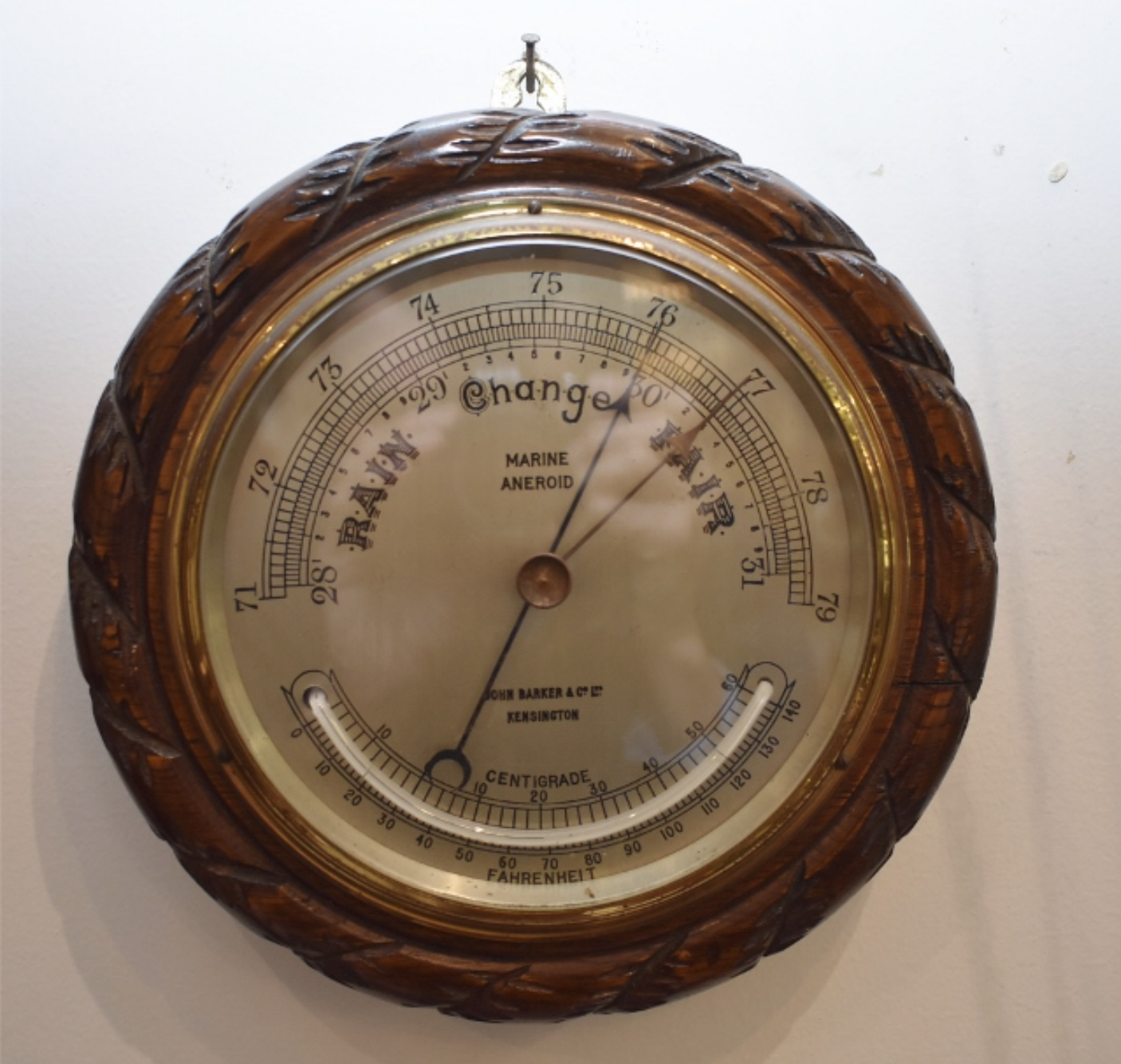 What are the functions of an aneroid barometer?

Instead of mercury, the barometer comes with a sealed metal chamber.  The chamber contracts and expands depending on the surrounding air pressure.  As the response to the changes in air pressure, A spring craftily attached to the camber contracts and extends, thus moving the pointer on the dial.  The dial is marked with numbers allowing you to read the atmospheric pressure instantly.