How Do Cuckoo Clocks Work?

by Dutch Antiques on July 28, 2022 in Uncategorised 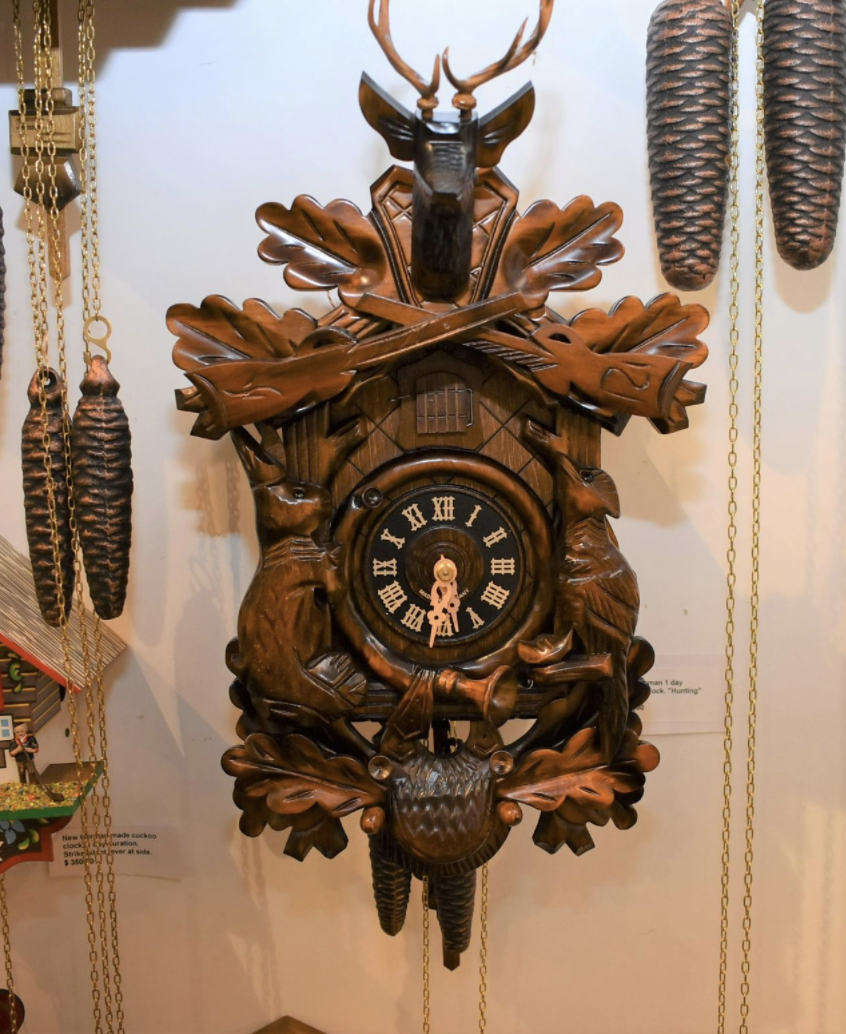 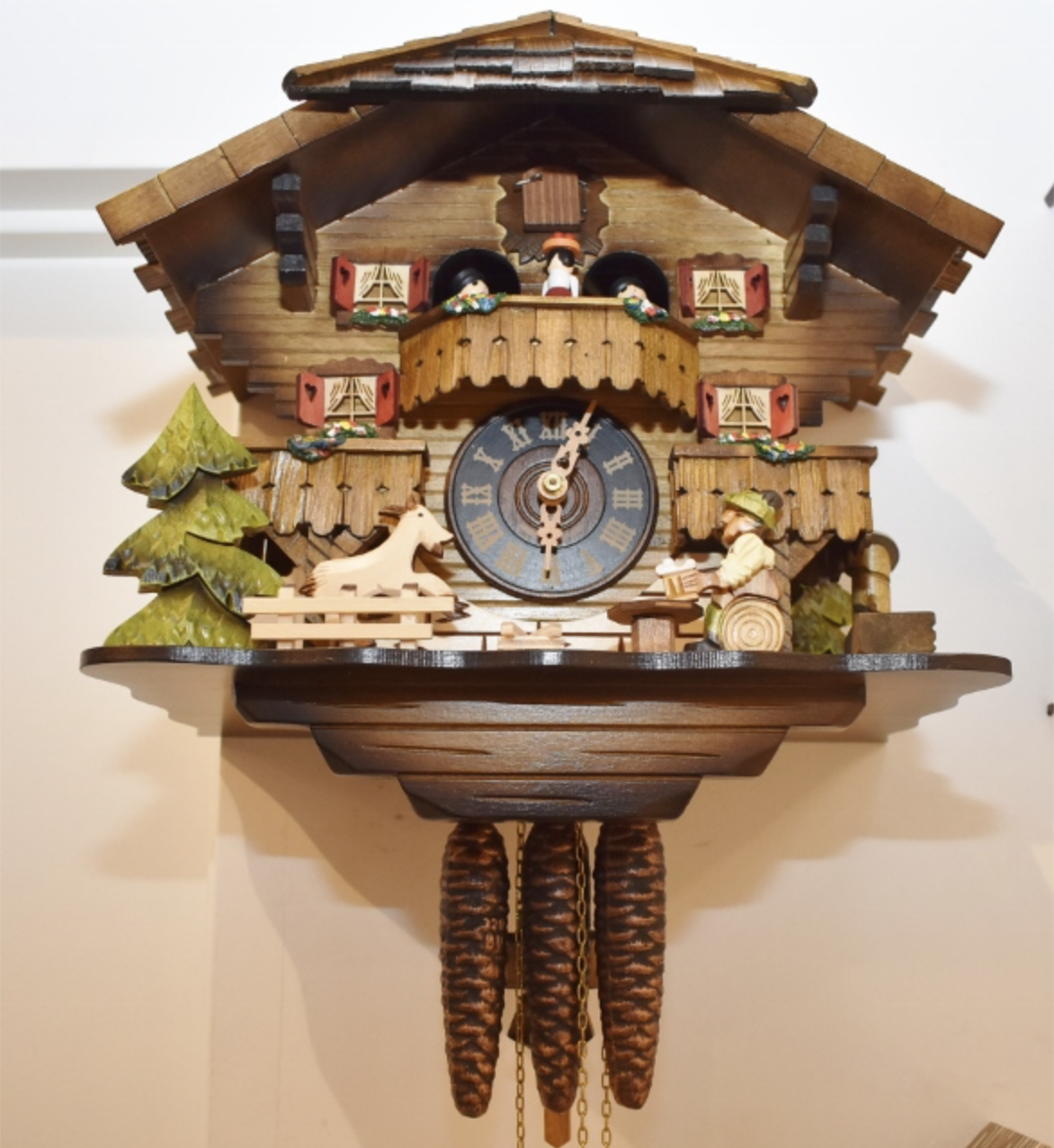 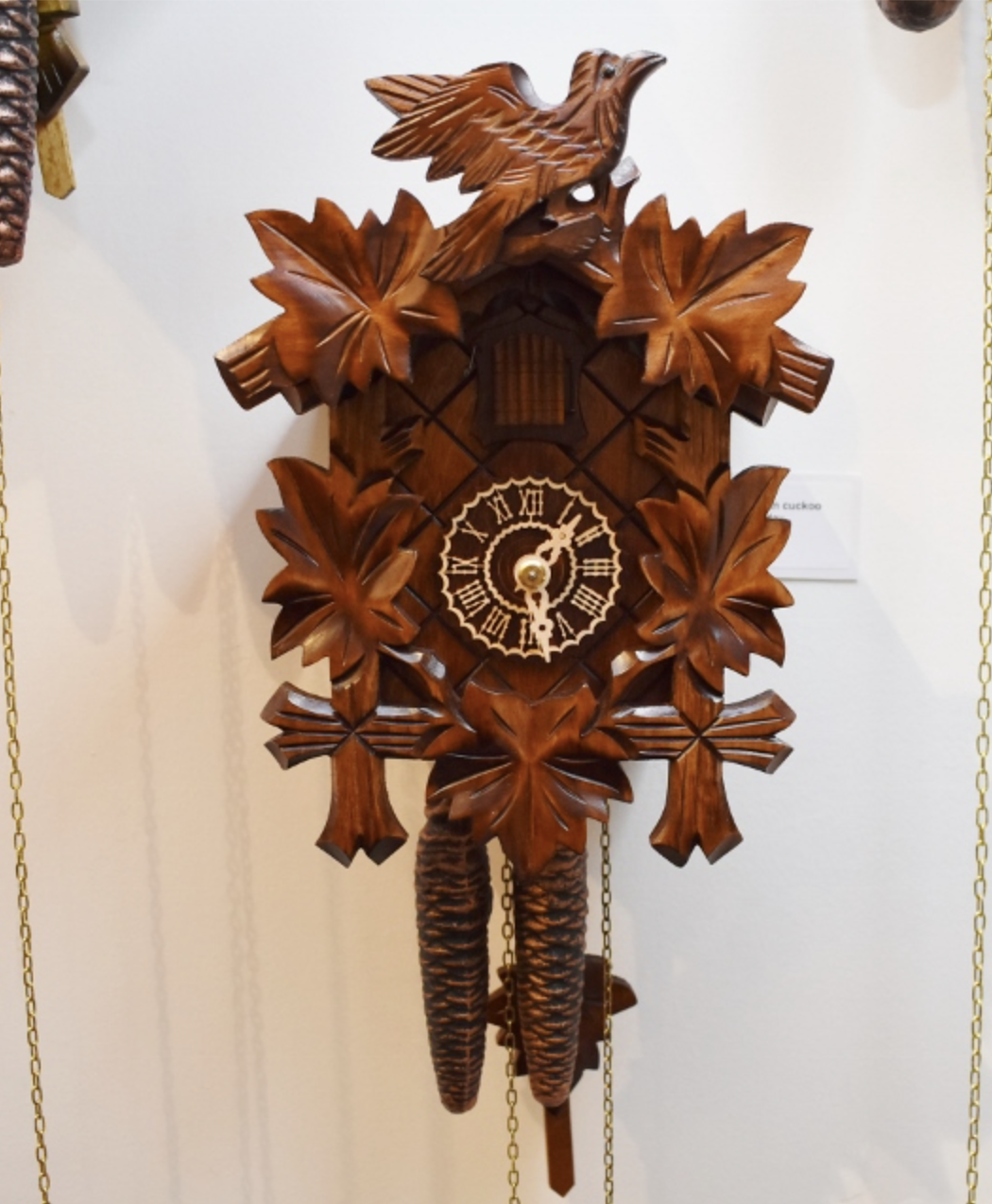 How the pendulum of the cuckoo clock works

When it comes to the mechanical movement of the antique cuckoo clock, the pendulum does the work by swinging evenly back and forth. Every back-and-forth movement takes a second. It requires very little energy to keep swinging at an evenly beat. The loss of power occurs when the pendulum swings unevenly; that is swings more to one side than the other. In such a scenario, you should try leveling the cuckoo clock.

Often the pendulum is shaped like a leaf. Usually, a singing cuckoo clock features more than one leaf weight. The one more leaf weight completes the whole clock design and acts as a music box. To ensure the birds come out every hour and properly working clock, you will need to rewind the weights regularly, every day, or after eight days.

You don’t have to rewind the weights if you own a quartz cuckoo clock because, unlike mechanical cuckoo clocks, the Quartz doesn’t feature weights.

How the escapement of the cuckoo clock works

The escapement features the escape wheel and pallets. The escapement can be described as the heart of the cuckoo clock. Not only does escapement provides the impulse that swings the pendulum back and forth, but it also helps to divide time. This process produces the ”tick-tock” sound. The verge and foliot escapement turn the tooth escape wheel when the rope carrying the wight unwinds from the barrel. The cuckoo clock verge controls the wheel movements. The verge is a vertical rod that comes worth pallets at each end.

How the wheelwork of the cuckoo clocks

The cuckoo clock comes with a series of gears, rings, or wheels knowns as wheelwork. The wheelwork helps in the transmission of motion. They transmit power to the hand of the clock from the source. The energy is transmitted by the large central wheel, which is connected to a smaller gear, and its arbour, which is connected to another second wheel, passes on the motion to the gears.

How the bird of the cuckoo clock works

The antique cuckoo clock features a tiny wooden bird placed in a hut. The bird makes a sound every hour as it emerges from the hut. When it comes to the mechanical cuckoo clock, the air chambers or two tiny wooden bellows come with two small wooden pipes attachments. When the hut is filled with air, the clock movements activate the bellows, thus squeezing the air in and out. The “cu” sound is made by the first bellow, while the “ckoo” sound is created by the second bellow. The intensity of the cuckoo calls and sounds depends on the size of the bellows, clock, and pipes. Both mechanical movement and quartz cuckoo clocks come with cuckoo birds.