by Dutch Antiques on May 7, 2022 in Uncategorised

On December 4th, 2012, the Duc d’Orléans Breguet clock broke records in the world of collectible auctions. It sold for a whopping $6.8 million. The sales of this work highlighted the sales of the 2012 New York Sotheby’s Important watches & Clocks auction. The piece dates back to 1835 is beautiful and technically ingenious, combining a clock and a pocket watch with an intricate mechanism. To date, this is the only Breguet Sympathique clock known to have a built-in candle mount that can be used to wind, set time, and regulate the watch.

Even though the development of this watch wasn’t challenging enough, you also have to think about the ongoing maintenance. A little TLC was required when Seth G. Atwood purchased the Duc D’Orléans for his Time Museum in 1974. Dr. George Daniels was the only one who could fix it. He was the world’s foremost authority on Breguet’s work and the only person in whom Atwood put his trust when it came to re-creating the watch’s self-winding mechanism. 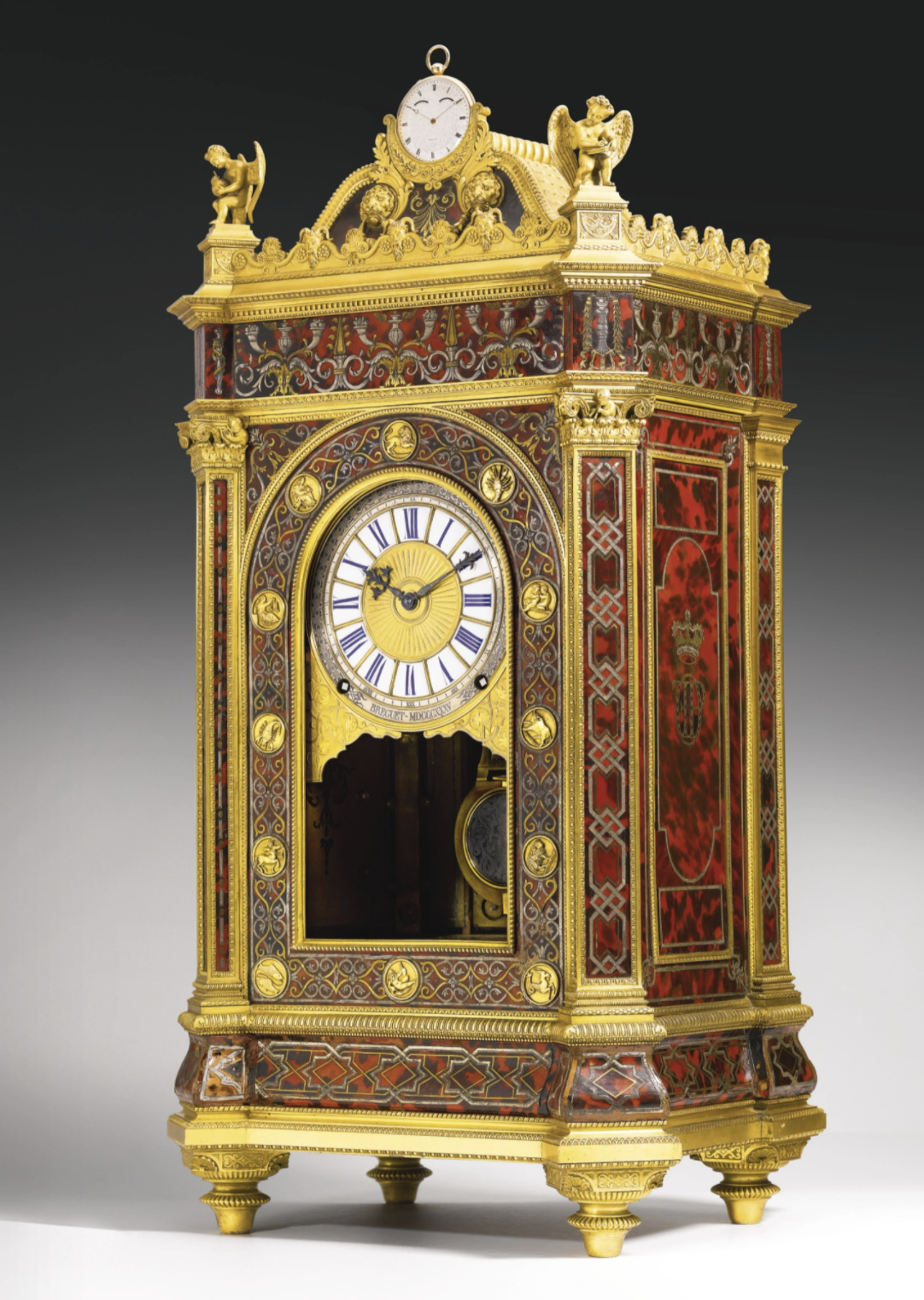 Each of Breguet’s 12 Sympathique clocks is believed to have been custom-made to suit its owner. Royal families worldwide, including those in Russia and Spain and King George IV of England and Napoleon I, could only afford to buy one of these watches because of the astronomical price the master watchmaker set.

Abraham-Louis Breguet invented the Sympathique while exiled during the French Revolution in Switzerland. He designed the antique clocks primarily to showcase his craftsmanship and enhance a reputation for being the most creative horologist of his era. The construction of the Sympathiques could take years because of their complexity. Abraham-Louis Breguet died ten years after the Duc de Orléans’s clock was made, but it is part of 12 clocks that began in 1794. A piece’s 1836 sale reaffirmed that Breguet designed it depending on the time it took him to finish it.

Duc D’Orleans Breguet known as the sympathique clock, Breguet created the clock in 1795 and first displayed to the public at the Exposition Nationale des Produits de l’Industrie in 1798. The clock had a cradle to keep the watch in perfect order for automatic winding and adjustment. Breguet used the term sympathique to express the idea of harmonious relationship and concord in his designs.

Just looking at the stunning 1835 clock with a docking pocket watch, you could tell you are looking at something expensive and classic. The Duc d’Orléans case features impressive ormolu-mounted red tortoise shell decoration. The amount of gold sculpture glittering on this clock is astonishing. The clock stands about two feet tall. The little watch perched on top of the clock makes the watch more remarkable.

One of Abraham-Louis Breguet’s biggest successes was tackling the issue of watch winding. Breguet invented the Sympathique system while he was in exile. You can find three small holes at the bottom of the watch. With these holes, you can use the gold-plated cradle on top of the parent clock to spin, regulate, and set up a watch.

Each morning at 3 am, small pins rise from the clock and into the watch to perform these essential functions.